What is the History of the Florida Building Codes (FBC)? 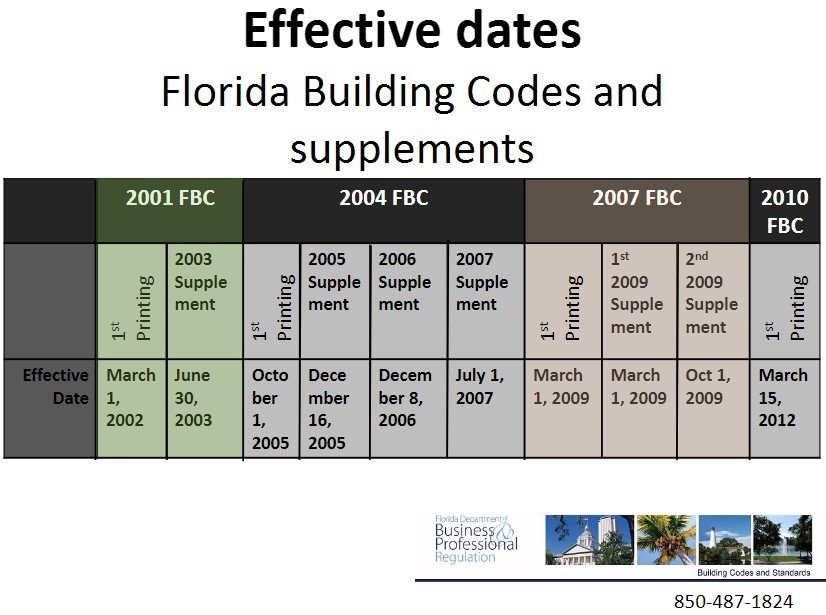 The law creating the Florida Building Code was enacted by the Florida Legislature in 1998 and became effective on March 1, 2002. Here is a brief history of why the Florida Building Commission was created and explains why the motivations for the first state-wide building code. Hurricane Andrew, that devastated South Florida on August 24, 1992 caused extensive damage and tore apart homes of all ages in South Florida including newly constructed homes, This hurricane exposed more than the interiors of thousands of homes and businesses, the storm revealed a serious statewide problem in how homes were being constructed. Florida had an antiquated system of locally-administered building codes, building code compliance and enforcement of these codes. Thousands of the homes hit by the hurricane and other structures simply did not stand up to the storm as well as they should have, and the effects quickly rippled out from South Florida to the rest of the state. Hurricane Andrew broke all records at that time for insurance losses, and was the direct cause of Florida’s worst insurance crisis in history. Insurance companies quickly realized that all of their worst-case predictions were grossly understated; Florida was seriously under insured and over exposed to these major catastrophic storms. In the storms aftermath, many insurance companies simply pulled out of Florida and those that stayed felt it necessary to raise premiums to high levels in order to avoid the very real threat of bankruptcy following another hurricane. This affected home owners in all of Florida as they saw their insurance rates rise drastically and found a lack of available new insurance threatening to pull the plug on development in every part of the state. This program made creating building codes and their administration and enforcement a statewide issue. The FBC have been amended over the years. The effective dates of later versions of the code are shown in the graphic above, and the latest version is the 2014 Florida Building Code (5th Edition), which went into effect on June 15, 2015; except that implementation of a few sections of the new code was delayed by the Legislature until June 15, 2016.