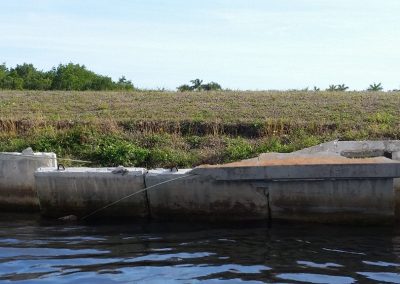 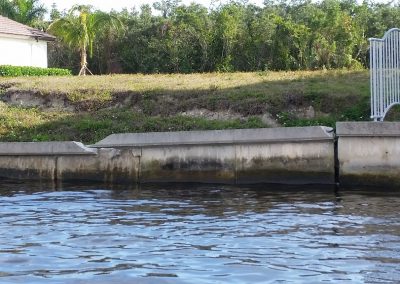 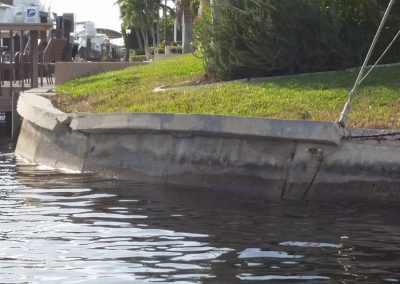 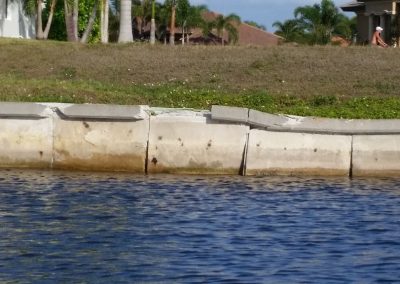 Hurricane Irma caused damage to many seawalls in Southwest Florida. The images above of seawall damage in Cape Coral all happened during or after Irma.

When purchasing a waterfront property with a seawall, you should hire a professional seawall inspector to evaluate the present condition.

The seawall is an expensive and necessary part of your property and provides an important protective barrier that is most often ignored. If you own a property with a seawall, when was the last time you had a look at it? Have you ever had it professional inspected to determine it’s current condition or the life expectancy of your seawall? Do you have savings set aside to repair the seawall if and when it fails? Your seawall ages slowly over time and usually gives little or no warning that it is starting to fail. If the seawall fails it can take your backyard and possibly your pool or parts of your home right into the water.

Regular seawall maintenance is key, a properly maintained seawall can last from 30-50 years, if the seawall is not properly maintained you can expect to have to fail. If you haven’t had your seawall inspected recently and you are unsure about its condition, here are few ways for you to do your own routine inspection.

1) Do you see any visible cracks on the top cap or along the face of the seawall, are there any portions broken off?

3) Are there visible rust stains showing in the face. This is a sign the rebar inside the concete has been exposed to the air and water.

4) Are you losing soil behind the wall? Are there any holes next to the wall? This is usually the first sign you have a problem. This needs to be taken care of immediately, rain water should run off over the top of the seawall, not pool behind the seawall.

If you answered yes to any of the above questions, it is time to call in a professional evaluate your seawall. Seawalls are not typically covered by your insurance, so maintaining your seawall can help you avoid disastrous repair costs.

I recommend HONC Marine Construction for your seawall inspexction needs.